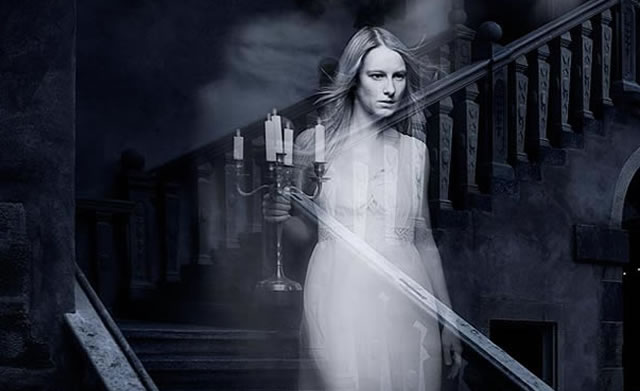 If you’re looking for a frighteningly great time this Halloween, why not plan a ghoulish getaway? Across the US, there are plenty of spooky hotels that promise first class amenities along with ghostly encounters. Here’s a list of some of our favorite haunted hotels in the United States. They’ve been waiting for you. ???

Considered to be one of America’s most haunted homes, The Myrtles Plantation built in 1796 now runs as a full service Bed & Breakfast and restaurant. Guests have reported many strange and unexplained happenings like hearing the grand piano play by itself. Ghostly sightings include those of two little girls seen playing on the veranda, former plantation slaves – the most famous being a former slave wearing a green turban named Chloe, and  attorney William Drew Winter  who lived at the plantation from 1860 to 1871. William was unexpectedly shot on the veranda of the house  staggered into the house, collapsed and died on the 17th step of the home. Guests report his footsteps are still heard on the staircase to this day.

The Inn At Jim Thorpe

Built in 1849 and located in the heart of Jim Thorpe’s National Register Historic District, the Inn at Jim Thorpe combines old world charm with modern conveniences in one of America’s most historic and picturesque towns. With a long list of distinguished past guests including General Ulysses S. Grant, President William H. Taft, Buffalo Bill, Thomas Edison and John D. Rockefeller, the inn also has quite a bit of unexplained activity. On the the Jim Thorpe Inn website they ask and answer the question, “Is the Inn haunted? Well, it appears so — at least according to several guests who have reported unexplained activity in some of our guest rooms. Past reports include chairs being turned upside-down while guests slept. TVs have mysteriously turned on and off, objects have moved around, strange orbs and shadows have appeared in photographs, and small children have said they’ve seen ghosts in their bed. Is it true? One never knows, does one?”

It is believed that Marian “Clover” Adams , the wife of Henry Adams,  (grandson of U.S. President John Adams and great-grandson of John Quincy Adams) committed suicide on-the property of  the Hay-Adams Hotel and now haunts the 4th floor where she can still be heard softly crying .  Staff and guests have reported clock radios turning on and off, the opening and closing of locked doors, and their names being called from thin air. Most of these paranormal events are usually reported around the beginning of December, around the anniversary of Clover’s death.

Built in 1926 and just one block north of Route 66, the Hotel Monte Vista has had a rich history and a long list of distinguished Hollywood guests including Gary Cooper, Spencer Tracy, Clark Gable, John Wayne and many many more. Ghostly sightings include a bellboy who knocks on doors and disappears, a woman who wanders the halls outside the Zane Grey suite, and an old bank robber who stopped in the bar after being shot while robbing a bank, but died as he was finishing his drink.

The Blennerhassett is a historic luxury hotel in the  Ohio River Valley blending elegant late 1800’s decor with modern amenities. It is rumored that the ghost of William Chancellor, the benefactor of the hotel called the “man in grey” haunts the second floor of the hotel. It is on this floor where the hotel’s elevator makes unprogrammed yet frequent stops.  The hotel’s library, once the former First National Bank of Parkersburg was said to have had a runaway truck drive straight through its doors, hitting a woman and killing her. Reports of books flying off shelves and the sounds of a crying womand are attributed to her restless spirit. The sounds of  children have been heard by guests playing in the guest rooms when there are no children around.

The inn is reported to be haunted by the ghost of Captain James Fairfield, the original owner of the home built on land given to him and his wife as a wedding gift.  The home has remained mostly intact with many original details – including its original owner.  Captain Fairfield’s ghost has been seen several times throughout the house, since its renovation and appears to be friendly.

Opening as a grand hotel in 1892. Thingsthatgoboo.com reports, “The eerie ghost story that haunts the Hotel Jerome involves the spirit of a young boy in room 310.  It has been reported that a woman recently found a shivering and soaking wet boy in her hotel room, room 310. In the real world, that is not totally impossible, right? A lost boy somehow manages to get lost in your room at a hotel. It can happen. But hold on…..when a hotel staff person came to help, the boy had vanished, leaving wet footprints.  However, no children happened to be registered at the hotel at the time.  So who can this poor lost boy be? Legend has it that a child drowned in the hotel’s original swimming pool. Not surprisingly, room 310 is located right in the middle of an addition to the hotel that was built over that original pool.”

Since 1927 The Cavalier Hote has had a number of prominent guests including Al Capone as well as 7 US Presidents. Adolph Coors, owner of the coors brewery, jumped from the 6th floor to his death in 1929.  To this day it is still unknown whether his death was truly a suicide or if it was in fact murder and believe it is his ghost that still haunts the hotel.   Other reports of an elderly African-American bellman stands at the top of the sixth floor stairs warning curious guests, “You don’t want to go up there. There’s ghosts up there.”   People staying on the 6th floor have reported strange voices and unexplained cold spots. Guests have also inquired about a ghost cat that is said to wander the halls at night and have witnessed “a lady in white” that drags her suitcase through the lobby.

The Jerome Grand Hotel was originally constructed as a hospital in 1927 and by 1930 was the most modern and well equipped hospital in Arizona. The hospital closed in 1950 as the town’s local mining operations fizzled and the population dwindled to less than 100 becoming an actual ghost town. The building remained empty until renovations to turn it into a hotel began in 1994.  Many deaths have ocurrded at the site, including a man crushed by an elevator, the hanging suicides of two maintenance men and the deaths of the many patients while the building was still a hospital. stage of the hotel.    Guests have reported hearing coughing, labored breathing, disembodied voices and unexplained aromas of cigar smoke and whiskey. Others have reported light anomalies and the television sets turning by themselves. Apparitions of a woman in a white gown, and another one in a nurses outfit have also been seen.

The Sheraton Read Hotel originally opened in 1847 as the grand and elegant Crutchfield House.  According to Tennessee.gov, “Theories about the ghosts’ origins range from murdered soldiers from the Civil War to suicide victims.  However, the most common and accepted interpretation is that room 311 is haunted by the ghost of Annalisa Netherly.  Ms. Netherly occupied room 311 for an extended stay sometime in the 1920s.  While the details are sketchy, legend has it that Ms. Netherly’s head was nearly severed from her body by a jealous lover or husband while she was bathing.  Her restless spirit apparently has never left the hotel or room 311.  Guests report that she is especially angered by men, particularly those who smoke.”