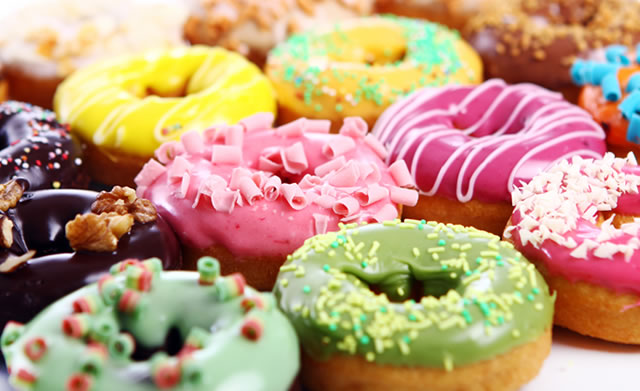 5 Top Spots To Get Your Donut Fix in Philadelphia

If you love donuts and either live or are traveling to the Philadelphia area, we have just the spots for you. In the last few years, more and more places have started serving these sinfully delicious fried rings of pillowy heaven. And as donut popularity is surging all across the country, you’ll find that there are a lot more options than your average jelly or glazed. From traditional bakeries to restaurants here is a roundup of some best places to grab a donut in and around the city of brotherly love.

Opening in 2011 and with 5 locations throughout Philadelphia, Federal Donuts is now considered a Philly institution.  Starting at 7am, Federal Donuts serves both “fancy” style cake donuts and hot fresh made to order donuts that dusted with your choice of Vanilla Spice, Strawberry Lavender or Cinnamon Brown Sugar.  Both styles have been a hit, but get there early if you want to try the fancies. Federal Donuts makes a limited amount of these rotating, seasonal and sometimes exotic flavors each day, usually selling out around 11am.

The Pennsylvania Dutch are masters of baking and Beiler’s Bakery located in the Reading Terminal Market is proof. Visiting Beiler’s you may encounter a long line, but don’t worry. The line moves swiftly and your scrumptious donuts awaiting at the end will make it all okay. Their huge selection of fresh daily flavors include Key Lime, Red Velvet, Salted Caramel and Coconut Cream.

Frangelli’s in South Philadelphia is another one of the city’s most beloved spots for fresh donuts. Using an award winning recipe they’ve had since 1947, Frangelli’s serves the usual types like glazed, jelly and chocolate. But, their standout item? The Frannoli! The Frannoli is their very own creation. A donut fried into a shell and stuffed with cannoli cream. Yes, you read correctly. They do a version with ice-cream that is just as irresistible.

For over 85 years Swiss Haus Bakery has been known in Philadelphia for their delectable pastries, cookies and cakes made from century old European recipes. But, Monday through Friday it’s their Cro-Crèmes people are going crazy for. These donuts are cut from house made croissant dough and fried just like any other doughnut. Then they get dusted with sugar, filled and then iced.  They’re usually ready by 10am and once again these guys go fast.